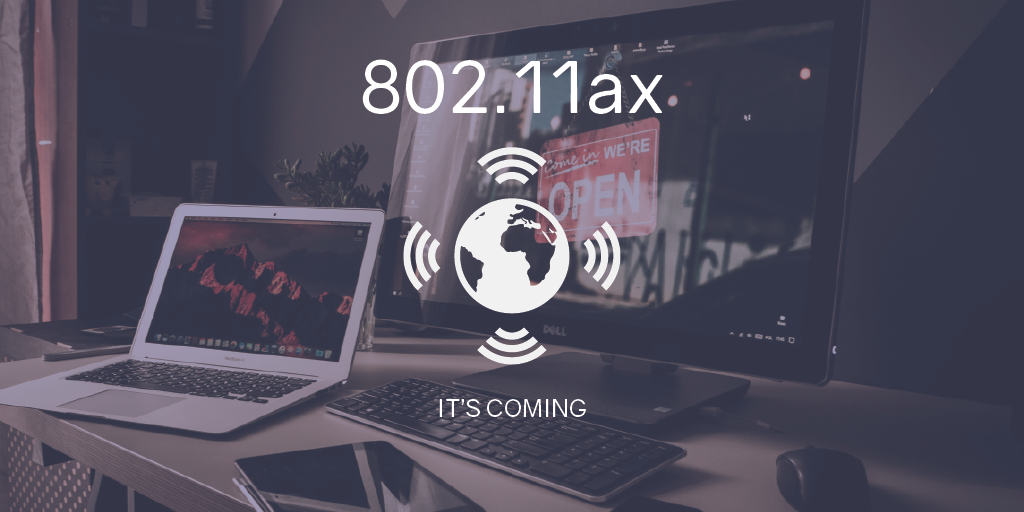 802.11ax - High Efficiency Wireless (HEW) is coming! What does that mean for you? Over the last several years, wireless has moved from being a luxury technology to a business impacting need. 802.11ax is the new developing wireless standard that is designed to work at enhancing both 2.4GHz and 5GHz frequencies where 802.11AC/AC2 only had increased efficiencies on the 5GHz. The new standard builds on some of the technologies that were created in the current 802.11ac technologies and borrows some technologies from modern LTE and 5G cellular technologies to build a more robust and efficient wireless future. 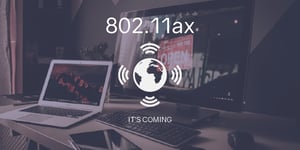 The increasing types of wireless devices that share the wireless network and airspace have varying needs. We have mixtures of IP-Telephony, laptops, cell phones, tablets, IoT devices, 4k video, and high-density collaboration devices all utilizing wireless at the same time. Each of these devices have their own payload, latency, and jitter requirements that they need to function correctly. This becomes a balancing act for wireless systems and the engineers that deploy them to provide the needs of various devices while trying to keep the wired network, and the available airspace in control. What if your wireless network was able to help with the balance of how the airspace is viewed by the wireless system? What if your wireless technology could handle the way data is transmitted and received over the wireless more efficiently? The 802.11ax standard is moving in this direction with some great technology enhancements.

At a high level, 802.11ax is using several technologies to increase the wireless efficiencies from where we are today with the current technology. These technologies are being built upon existing 802.11ac and some added cellular technologies allow for enhancement features such as:

So, when is 802.11ax coming? At this point, the IEEE/WiFi-Alliance have delivered several drafts of this new standard as it has been more defined and refined over the past couple of years. Currently it is slated for the final draft to be completed and approved later in 2019. With that, some pre-draft devices are starting to pop up, with new releases expected to start ramping up early to mid-2019. Keep in mind that as a ratification may change or update, most of those changes will be deployed as software upgrades in the future.

When should you look to move to this new technology? If you are looking to upgrade your wireless at this time, there are plenty of good solutions still with the Cisco/Meraki 802.11ac Wave 2 portfolios that will provide a great upgrade to most environments today. The current generation of 802.11ac access points are well established and will be supported for years to come. If you are looking to be on that cutting edge of technology or want to have a longer supported solution for upcoming projects that is going to further evolve then maybe you consider holding off for the 802.11ax models to become established. If you have an existing 802.11ac deployment, there is no rush to look at upgrading right away, give 802.11ax a little time to get established and settled in.

A few key thoughts to keep in mind as we close out this topic (for now) and look the future:

An additional consideration for planning... don't forget your underlying infrastructure. If you are not to the point that you are looking at upgrading your wireless network just yet, don’t forget the rest of your network. Now may be the time that you look at budgeting upgrades to your wired infrastructure to be able to handle your future wireless upgrades. With the new wireless technology and the increases in the use of 4K video, VR/AR, and IoT; there is a real potential now to benefit from having the multi-gig (MGIG - 2.5, 5, 10G speeds over Cat5e, Cat6 cabling) speed capability on your AP to Switch uplinks. The switching is available now to upgrade to the 10G+ backbone where you do not currently have it in place. Additionally, the support for N-BaseT (MGIG) switching to be added in areas that will terminate your access points within your site(s).

In the end, this new technology is coming, and it will be here before we know it. Do you need it right now? That all depends on your individual situation and future planning. However, we do know that it is coming both in technology, and the future demands of the network. The famous line in “Field of Dreams”, is “If you build it, they will come…”. As we know with technology, if we do not build it, they are still going to come.